The Legend of Guerin Meschino in Castelluccio

In the pastoral culture of this area, the reading of the chivalric romance of Guerin Meschino, narrated by Andrea da Barberino, was widespread. The Legend of Guerin Meschino, and wise Sibyl are closely linked. The Guerino in search of his parents, wants at all costs to travel to the cave, convinced that Sybil will give an answer to his question. Along the way he meets many gentlemen who try in vain to dissuade him, one of them even tells him that days back, three boys went by the sorceress, but only two returned. But the knight did not give up and continued on. Arriving at the cave, welcomed him three beautiful girls who take him in front of the wise Sibyl. She listens to the reason for the visit, then begins its work of corruption, to induce him to sin and lose the soul; the knight resists to all temptations, and after a year he decided at all costs to unveil his origins, but the Sibyl replied mockingly and disappears. With no little difficulty, the Meschino rediscover the exit of the cave to return to the real world. 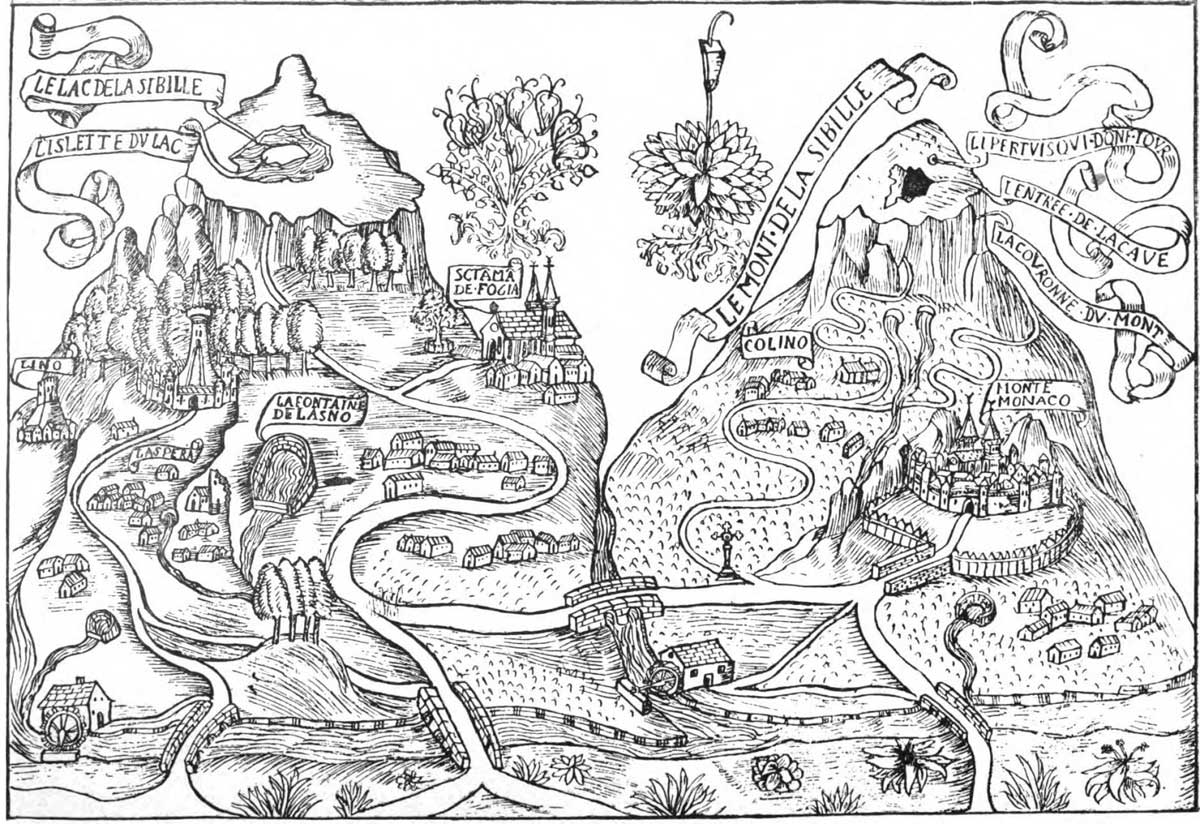